DC has a fantasy a few small companies with US connections - Mavenir, Altiostar, JMA - will dominate O-RAN. All have done good engineering work just to make O-RAN work. They made great progress on very small budgets.

But O-RAN is a high priority for some very large companies with major strategic advantages. The problems with O-RAN are extreme and will require major investment to solve. Tareq Amin, CTO of Rakuten in Japan, has the only O-RAN system in serious production. He had to spend "hundreds of millions" designing dedicated chips and still is having performance problems.

Samsung and Nokia are now deeply committed to O-RAN. More O-RAN contracts are going to the big vendors. Samsung is the primary supplier for the Vodafone contract, probably the largest in Europe. NEC is supplying 5G Massive MIMO radio units to Vodafone, Deutsche Telekom, and Rakuten. It will provide system integration to the telcos buying the Rakuten systems,

Samsung spends $19 billion per year on research. Nokia spends over $4 billion. Tata, a software giant, spends over $3 billion. Mavenir spent $89 million on R&D in 2020, down from the prior year.

India likely will deploy more O-RAN than the US and Europe combined over the next few years. The Western carriers mostly see O-RAN as reaching volume in 2025-2029. The Indians, deploying 5G mostly as a new network, will go much faster.

Technology continues to advance rapidly, especially MIMO and Massive MIMO. Verizon and AT&T estimate a 40% annual improvement in capacity. The gap between what they can deliver and what they can sell is getting much wider.

I've asked CTIA if they will share 2021 data. My guess is that demand is better because people get out more. But there's little data.

Most carriers don't order 200,000 5G base stations so will pay more, but that's the actual price for the joint procurement of China Telecom and China Unicom. The 200,000-300,000 cells the two jointly are upgrading are probably more than the entire rest of the world will add. The second Chinese network, jointly built by China Mobile and China Broadcast, is growing even faster.

Huawei and ZTE will probably split 90% of the order, with Ericsson, Nokia, and perhaps CICT/Datang getting the rest. Ericsson was so worried they'd lose their share - traditionally 10% - that CEO Börje Ekholm actually threatened to move out of Sweden is the country blocked Huawei. (He didn't.)

The price of state-of-the-art commercial base stations is now so low the new Open RAN companies will find it hard to survive. Altiostar (owned by the Japanese) and Mavenir (de facto controlled by Koch) are charging much more because they don't have the volume. Some fantasists in DC think O-RAN will result in US lead in 5G. But Indian giants (Jio-Radisys & Bharti-Tata) will soon be much larger. Ericsson, Samsung, and especially Nokia are opening up.

Since the first 5G equipment hit the market in 2019, it's been clear to the industry that 5G would be similar in cost to 4G. Except for the US midband, 5G networks are being built without a rise in capex. (The analysts and reporters still saying otherwise should find another line of work.)

Verizon's wireless network is reliable and CTO Kyle Malady intends to keep it that way by enlarging capacity for unexpected changes. The chart at left shows he has more than doubled "capacity margin" despite capex being flat to down since 2013.

(Among other things, this means Verizon has the capacity to bring 25 Mbps down, 3 Mbps up to at least two to three million currently unserved school kids. Probably more.)

Chess Grandmaster Aron Nimzowitsch introduced the idea of "overprotection" in his classic My System. Nimzowitch recommended protecting an important pawn or square more than is apparently necessary. Your opponent may surprise you and need the "over" to respond.

Productivity at China Mobile increased 35-40% overall, confirming the trend at Verizon and AT&T. 37% more traffic was carried at flat ARPU (+0.9%.) Profit was up slightly, 2.3%, implying that overall productivity rose at roughly the rate of traffic growth. That's a very rough measure, of course, but it corresponds to numerous results from carriers around the world.

"5G Network Customers" were 92.76 million, compared to "5G Package Customers" of 189 million. Analysts around the world are cheering that we now have more than the very misleading "package customer" figure. 4G & 5G packages cost the same, so subscribers took "5G packages" even though they didn't have a 5G phone. Fortunately, MIIT releases monthly figures of phone sales, which I used for my figure of 5G subscribers in China.

Phone manufacturers shipped 27 million 5G phones in China in the month of March. The total 5G in 2021 should be over 300 million in China, about as much as the rest of the world combined.

This remarkable chart from Phil Kendall is worth intense study. (Larger below) It shows the wireless cost per gig has gone down 88% in 5 years.

Prices continue to fall rapidly except in the US, almost flat the last three years. In competitive markets, price drops should continue as Massive MIMO, carrier aggregation, and other tech improvements will continue driving costs down.

Worldwide traffic growth is down to 35%; I've noted many developed countries are now below 30% and falling. The explosive growth is over in much of the world, although the pandemic may create some anomalies.

It's good to see some demand for telco IoT, which despite the hype is growing very slowly. Tata Power in Delhi has just signed on with Reliance Jio for reading smart meters. Jio has 96+% 4G coverage of India. It has a massive Edge cloud & services build planned.

Telco IoT demand is developing so slowly outside of China that companies like NTT are cutting back. The 5G hype for IoT is so extreme I've been part of a chorus of skeptics. 90%+ of IoT will use Wi-Fi. Telco revenue will mostly come from applications like meter reading, connecting outside the home or office.5G does little or nothing for IoT, which works fine in 4G.

China Mobile is the only carrier that has done well in IoT. It is approaching a billion connections. To do that, CM provides massive support, whether a company wants a turnkey system or just API access. It's driven prices all the way down, including for the modules manufacturers need. Massive orders achieved prices of just a few dollars, which it passed on. 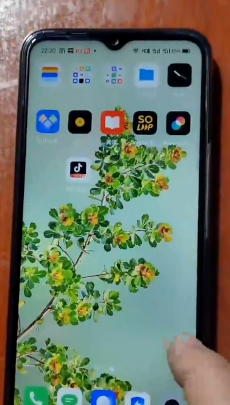 The low price gets you "only" a 60 Hz refresh rate, "only" 13 megapixels, and no wireless charging. But it does have a headphone jack.

Here are some reviews from Jingdong