A million Chinese bought 5G phones in Huawei's first 14 days on sale. China in August may add three or four million 5G users. In Korea, 2 million signed up in 4 months. Korea has 51 million people. Adjusted for population, 5G  would have 40 million in China or 12 million in the U.S. Germany, Britain, France & Italy have similar populations - and higher incomes - than Korea.

I wrote, Almost all 5G estimates for 2019-2020 need to be doubled. Strategy Analytics, the first mainstream analysis firm to jump in, tentatively raised its 2020 estimate to 80 million in China and 160 million worldwide. My guess is those will prove low. 5G phones are down to US$580 in China and falling to <$300. A reflection:

The best minds of telecom are going mad, starving for data, dragging through the Chinese press for an angry fix. Analysts are doing more than yacketayakking; two have told me their next reports will be very different. These are not teahead joyride neon blinking traffic light,

These are dreams of all who want a great Internet for everyone, no drugs needed. If I'm right, those left behind by a competitor moving faster will face waking nightmares. I hope friends who miss this don't become bleak of brain all drained of brilliance or disappeared into the volcanoes of Mexico leaving behind nothing. I glad no one will be burned alive in their innocent flannel suits on Madison Avenue.

With apologies to Allen Ginzburg, who saw the best minds of his generation destroyed by madness, (very rude link)

The remarkable take rate in Korea and China is invalidating almost all projections of 5G subscriptions. The 5G promotion has consumers wanting to buy, buy, buy. Huawei  Mate 20 5G is selling for only US$30 more than the 4G model. At that price, who would want to buy a 4G phone that could be obsolete in a year or two? In the first two weeks of sale, over a million Chinese bought Huawei's 5G phone.

One of the best analyst group on earth currently expects China to have 31 million subs in 2020. Two million+ Chinese are signing up in August 2019, a pace almost sure to increase. It's almost certain that China in 2020 will have more than that group's 73 million worldwide estimate. Korea is at 2 million after four months. KT is confident of 5 million Koreans taking 5G in 2019 from the three carriers. It estimates 30% of the country will switch to 5G by the end of 2020, about 15 million phones.

The new data is forcing everyone to rethink. If the Americans and Europeans switched to 5G in 2020 at even a quarter of the Korean expectation, that would be over 40 million.

Prices of 5G phones are plummetting in China. As I write, Oppo is selling a premium 5G phone for $580. Vivo is about to announce an even lower price. Nine phone makers are in active production and competition is becoming intense in Asia. It only costs about a dollar to airfreight a phone to Europe. The low prices are likely to spread and drive sales. 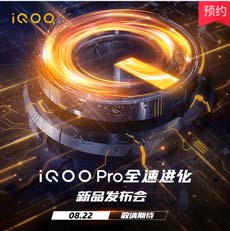 Vivo hasn't put a particle accelerator in the phone, but I couldn't resist the illustration. It has 3 cameras in the rear, a 4500 mAh battery, hybrid zoom, etc. OPPO may include AR glasses in a promotion.

Except for one Xiaomi, all the phones in the west are over $1,000. Airfreighting a phone costs about a dollar. Any carrier that wants 5G customers should send an exec to China, talk to OPPO, Vivo, Xiaomi, and ZTE, and have the most affordable 5G offering in the market.

Huawei, ZTE, and Ericsson are financing China's 5G build by leasing/renting radios to China Mobile.  Edison Lee of Jeffries estimates the carrier is paying about US$6,500.year instead of buying the units at $35,000. Radio prices in the US and Europe can be twice the China price.

Chinese carriers intend to deploy over a million radios in the next two years, which could mean $25,000,000,000 in off-balance-sheet financing. The carriers are honouring the government mandate to accelerate 5G while also claiming to hold capex flat. Wang Xiaochu, chairman and CEO of China Unicom, predicted that “the capital expenditure in the whole year will not exceed RMB 58 billion, and the 5G capital expenditure for this year will remain unchanged at RMB 8 billion."

Under government pressure to bring down prices, China Mobile saw an actual decline in sales in the last quarter.  China Unicom saw a decline in mobile revenues.

Nokia CEO Rajeev Suri has cut back in China, refusing to give the carriers what they demanded.

The typical latency difference between existing 4G and new 5G is about 10-15 ms. 5G latency in 2019 is ~30 ms in independent tests in the US, Korea, and England.  The latency is about the same in the other two dozen 5G deployments in 2019. That's what 5G equipment is designed for.

The chart is based on Open Signal data from Germany early in 2019. In LTE, Vodafone had 40 ms latency and Deutsche Telekom 42 ms. That's higher than the 30 ms typical of 5G, but not wildly so. Very few applications will be affected.

Latency on LTE networks will continue to fall as older equipment is replaced. New LTE equipment from Ericsson & Huawei brings air latency down to ~13 ms, only 3 ms more than today's 5G.

Latency will be reduced in many locations with Edge Networks (all of China) and/or improved backhaul/transport. (Verizon is doing both over the next few years.)

4G latency tests around the globe generally produce results between 35 and 55 ms. One LTE test at Verizon showed 23 ms and more than 55 ms is not uncommon.

1 ms latency is a myth outside the labs for years.

In the first 15 days of August, Huawei sold in China 1 million Mate 20 5Gs for US$900. ZTE is also selling 5G in China, with 6 more phones soon to hit the market. Oppo has announced a 5G price of US$580 for what looks like an excellent phone.

Sales have been growing month to month in Korea, now past 2 million. KT has estimated 10% of Koreans (about 5 million) will buy a 5G phone in 2019 and 30% by the end of 2020. I doubt China will go quite that fast, but the number will certainly be large.

I'm calling the December 2019 and December 2020 figures "guesses," not estimates. They could be low.

A million phones will ship in August, but the carriers are scrambling to deliver plans.  They weren't ready when the government moved the startup date and are still scrambling to develop systems. In particular, they are holding back on announcing pricing. For now, all customers are on a free, 100 gigabyte/month "experience" program. With two million phones likely out in August and three million more likely in September, the telcos are looking forward to paid service soon.

Sina.com and other Chinese press sites report rumours that prices will be 199 to 599 yuan, US$29 to $85 per month. I suspect the figures are a trial balloon from the company because several pubs have the same details. In addition, the government is sure to want at least a low entry-level price to encourage takeup.

Chinese analysts speculate that 5G prices, at least as measured per bit, will soon fall.

Lee Hicks of Verizon has driven his cost down by 50% with his "One Fiber" program. He's replaced 200,000 old boxes with 20,000 modern, efficient pieces of gear. This is definitive proof that new networks are much more efficient than older ones. The technology is much better. (The latency also comes down.)  Reliance Jio now has 330,000,000 million Indians on a network with such low costs that it is profitable at a price of US$5/mpnth.  (Audited financials.)

Charlie Ergen's DirecTV will buy Boost from Sprint, assuming the state suits don't block the Sprint-T-Mobile deal. Boost will bring 9 million customers, a full retail operation, and some important spectrum to DirecTV, a very good start for a new network. All will be initially served through an MVNO deal with T-Mobile, but Charlie wants to build his own network as fast a practical. Ergen sees it this way:

"We have a lot of incentives to build our own network. I think it would be -- and not the least of which are severe penalties if we don't, but irregardless of that, we're going to build this network out and it's hard. All the incumbents have built networks that were primarily designed for voice and were built and designed architected in the '80s, but we're -- this is 2019.