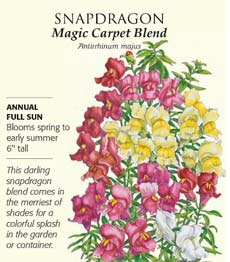 In the real world, expect 100-600 megabits typical. This is a heckuva chip, one of the first 7 nanometer chips produced. While none of us require more than 100 megabits 99% of the time, but the total capacity is also important. The speed will be divided among the many users of the cell.

Real world speeds vary from lab speeds because cells will have more than one user, greater distances, varied topology, and other interference. There will be times when you are the only user and in the exact right spot and can get close to the peak speed. It's likely that users at the edge of the cell will see the greatest improvement.

140 MHz is very rare outside of the laboratory. Verizon and AT&T only have about 100 MHz, total. They expect to take over the Wi-Fi spectrum

There's also about 400 MHz around 3.5 GHz in the pipeline. I don't believe the RF front ends needed exist yet and very few phones are capable of using all this capacity.

Naked emperors are all over Barcelona MWC, but Qualcomm tells the truth here. My estimates of real-world speeds are based on models Qualcomm shared. They put there best results first and in the headlines but gave good data to those who looked.

I called the Qualcomm 835 the most advanced wireless chip in the world. Qualcomm looks to stay ahead with this announcement.

Don't believe anything until you see it working in the field 10,000 times, of course.

More results to come when we have data. Here's the pr.

“As the world’s first announced Gigabit LTE modem to achieve speeds of up to 2 Gbps, the Snapdragon X24 LTE modem sets a major mobile industry milestone, designed to provide enhanced mobile broadband and deliver an extremely important gigabit coverage layer for commercial 5G networks and mobile devices that are expected to start launching in 2019,” said Serge Willenegger, senior vice president and general manager, 4G/5G and Industrial IOT, Qualcomm Wireless GmbH. “Further expanding on the use of 4x4 and LAA capability, the Snapdragon X24 packs a powerful array of the most advanced 4G LTE technologies commercially available, helping mobile operators to fully mobilize their spectrum assets and maximize the capacity of their Gigabit LTE networks, and mobile device makers to offer consumers a tangible glimpse of our 5G future”.

As the world’s first commercially announced Category 20 LTE modem supporting download speeds up to 2 Gbps, the Snapdragon X24 LTE modem delivers 2x the speed of the Company’s first generation Gigabit LTE modem. The Snapdragon X24 supports up to 7x carrier aggregation in the downlink, as well as 4x4 MIMO on up to five aggregated LTE carriers – both mobile industry firsts – for a total of up to 20 concurrent spatial LTE streams. This unprecedented feature set is designed to allow devices that feature the Snapdragon X24 LTE modem to utilize all spectrum assets available from a mobile operator, whether in licensed spectrum, or with License Assisted Access (LAA). Additional system capacity improvements are made possible through support of Full Dimension Multi-Input Multi-Output (FD-MIMO), a Massive MIMO technology that is foundational to future 5G NR networks. In the uplink, Snapdragon X24 supports Category 20 upload speeds, 3x20 MHz CA and up to 256-QAM.

Joakim Sorelius, head of product area networks, Ericsson, says, “We’re pushing the boundaries of technology and providing unprecedented advances in LTE evolution by breaking the 2Gbps-barrier with our partners. This technology advancement will enable even higher network capacity, and hence faster mobile broadband speeds for even more people. Video streaming, interactive live concerts and sport events are putting an even greater demand on capacity and better user experience.”