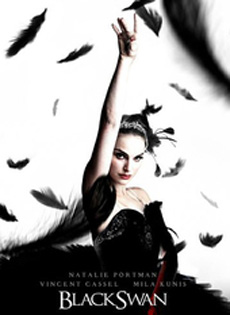 Cable wireless will be "humongous," in the U.S. a cable VP tells me. The cable buildout appears inevitable. I see evidence of that at every wireless event. One possible roadblock: wireless incumbents offering cable an almost unbelievably cheap deal is a rational business move.

The marginal cost of bits on wireless is falling 40%/year and is already very low. If cable is coming in anyway, a telco like Sprint or AT&T could offer a resale deal not far above the cost of cable building their own networks. No one at the telcos has suggested this would happen, but the possibility belongs in the analysis.

The cablecos are moving already. I see Charter ads in the New York subway. C & C are offering attractive deals to their existing customers, the majority of the population. Both are reselling Verizon service for now and moderating their growth while they build systems.

Charter is leading the testing of the shared 3.5 GHz band. John Chapman at Cisco and Jennifer Andreoli-Fang at CableLabs have developed DOCSIS pipelining, which can bring latency to 10 ms and potentially much lower. The cost of a network of small cells will be relatively modest because cablecos have power and backhaul at nodes close to most U.S. homes.

Jumping into wireless makes business sense as well. Broadband is still growing but it's close to saturation. Everyone is losing conventional video customers and the alternatives bring in much less money.  While their near-monopoly of a service most people must have allows them to increase prices, Roberts of Comcast and Rutledge of Charter fear regulators will jump in if they take full advantage. Adding wireless is the obvious way to meet Wall Street's demand for growth.

U.S. wireless pricing is almost cartel-like, twice as high as peers like France. T-Mobile is aggressively attacking and winning customers, but actually keeping prices close to AT&T. Sprint this month raised prices. Since John Legere took over T-Mobile, he has been challenging the cartel with many features and occasional obscenities. Looking at price trends, the change is only modest. U.S. prices are far higher than if we had strong competition.

The cable guys believe nothing will stop their network deployment of 4G/5G. But they stop and think when I suggest this alternate scenario. It's certainly a possibility.

Black swans happen, although the odds are long against.