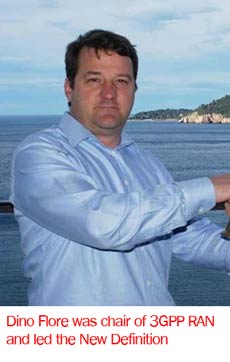 Timotheus Höttges & John Legere bet their merger on bamboozling DC on "What is 5G?" They are using New Definition 5G, introduced in 2017 and 70% to 90% slower than the good stuff, millimeter wave.

Legare is swearing to Washington the T-Mobile 640 MHz 5G NR network will be many times faster than LTE. That isn't true, of course. It's far more likely to be only 25%-50% faster, or perhaps less. It may even be slower than the 500 MHz LTE/LAA T-Mobile already has in Manhattan.

In 2016, 5G meant millimeter wave and (for some) Massive MIMO*. Millimeter wave bands had far more spectrum available, 400 or 800 MHz channels compared to 100 MHz maximum in LTE. 20 gig peaks work in the laboratory and Verizon is delivering a true gig to customers in 2018.

Folks building LTE-speed networks wanted to be called "5G" and take advantage of the massive hype. So they made "New Definition 5G" with a pr campaign and a minor software tweak, NR (New Radio.) 4G LTE networks became "5G." Every engineer in the business knows this is a scam.

T-Mobile in the U.S., China Telecom, and many others are deploying 4G speed networks and calling them 5G. They are 70% to 90% slower than the originals.

Dino Flore of Qualcomm, pictured, had enormous incentive to use New Radio as the definition of 5G. His company owns many of the patents. After the standard was set, they raised royalties by something like $2B/year. Dino knew what he was doing. His presentation below from last year shows how low latency would be achieved - in LTE before 5G.

Which was boring industry news until T-Mobile demanded approval of their $50B merger in order to accelerate "5G." A definitive source says T-Mobile's 600 MHz "5G NR" will only be 25% to 50% faster than 4G LTE. T-Mobile serves customers in Manhattan at 500 MHz with LTE/LAA.

Adding New Radio software will be only a minor improvement. LAA & CA have not been demonstrated in the laboratory working with NR in low bands. If that isn't solved, T-Mobile's "5G" could even be slower than their 4G.

All capacity improvements are welcome, but 5G NR delivers much less much less than the 200% to 300% T-Mobile and others have delivered in 4G the last few years. 4x4 MIMO, Carrier Aggregation, and 256 QAM are "Gig LTE," although average speeds are less than that.

With a trillion dollars of telcos backing the misleading name at the 3GPP standards group, I don't see any way to reverse this. The ITU IMT-2020 is not backing off on the 20 GHz standard, which requires millimeter wave. Slews of engineers have spoken publicly. ("5G will be an evolution, not a revolution.")

Instead, politicians and regulators need to learn that "5G" no longer is a big thing in most cases. Among those who have gotten this wrong are Jessica Rosenworcel & Ajit Pai at the U.S. FCC, Andrus Ansip at the EU, and some of the Chinese leaders. Pai & Rosenworcel are extremely smart, even brilliant lawyers. They have engineers at the FCC. If they listen to the engineers, they will know the deal is not in the public interest.

Verizon & AT&T, to their credit, are doing real 5G mmWave. The early versions will peak at 5-10 gigabits and deliver to the customer a true gigabit or more. 20-gigabit downloads should be possible in a few years.

But China Telecom is putting in 2M ND 5G cells at 3.7 GHz. That will be a fine network, but little different than the same network using 4G LTE. China Telecom will have at least twice as many cells as AT&T or Verizon. It looks as though 80-90% of "5G" in the next 4-5 years will be low and midband NB 5G.

Former FCC Chairman Tom Wheeler pointed this out in DC last week and it should be enough to kill the merger. 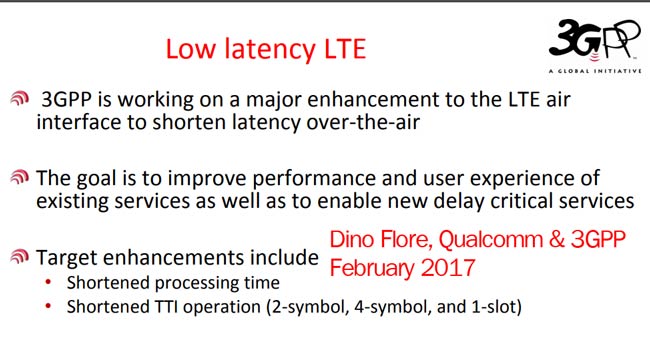