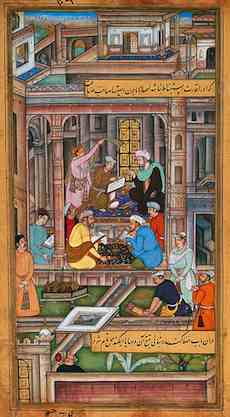 26M added on the most efficient network in the world. Open Signal testers were able to access an LTE signal 96.4% of the time. That's more than comparable testing on any of the U.S. carriers. Jio pledges to reach 99% of the 1.3B Indians by the end of 2018.

The secret sauce is a state of the art all-IP 4G network that delivers data for ~$0.05 per marginal gigabit. The network cost > $20B to build, but once in place has very low marginal costs. The 150,000 base stations are two or three times as many as Verizon or AT&T, many with Massive MIMO.

They haven't released many details on NFV & SDN, but they are using the latest. There are no legacy 2G & 3G networks to support. All calls are VoLTE. They are soon to close on the $4B purchase of 43,000 towers, 178,000 more kilometers of fiber and spectrum.

They have a $B music service, aggressive video plans possibly including Netflix, and a complete line of consumer products on the way. They'll need - and expect - much of the long run profit to come from more than data.

The claimed $140M operating profit may be a stretch because of an unusual depreciation method, but the financial results are remarkable. Jio is conclusive proof that a high volume/low price strategy can work.

In 2014, I asked Carlos Slim whether a similar low cost/high volume model could work in Latin America. Xavier Niel proved it out in France, becoming a multi-billionaire. Indonesia & Thailand, as well as India, are headed in the same direction.

Data isn't free, but it's so cheap everyone can have plenty.

POSITIVE NET INCOME IN THE FIRST YEAR OF COMMERCIAL OPERATIONS; NET PROFIT FOR THE YEAR AT ` 723 CRORE

SUSTAINED GROWTH IN SUBSCRIBER BASE TO 186.6 MILLION