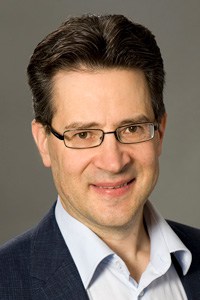 Karri Kuoppamaki tells me T-Mobile has major plans for Massive MIMO in frequencies below 2300 MHz, which are designated for FDD (Frequency Division Duplexing.) TDD Massive MIMO has been shipping by the tens of thousands since 2016, but FDD is still only in trials.

Massive MIMO was developed for TDD, which sends both upstream and downstream in the same frequencies. FDD uses separate frequencies, which makes it harder for the phone to provide the base station information it needs for best performance.

Professor Erik Larssen believes the signaling problem is so profound FDD may never be effective. But at least 8 telcos are in FDD trials. None has moved to deployment.

TDD performance is estimated at 3X (China Mobile,) 5-7X (India,) and
up to 10X (Softbank Japan.) Terrain has an enormous effect, so speeds are very different within and across networks.

Kuoppamakki tells me T-Mobile will have significant deployments. Sanyogita Shamsunder of Verizon said, "We must have Massive MIMO," but they haven't announced anything beyond trials.

In one very large company, one executive said FDD was doing fine but a senior engineer said fuggedaboutit.

All info welcome, on or off the record. Here's an earlier Ericsson announcement.

Ericsson’s 5G Platform includes three previously launched time division duplex (TDD) radios capable of supporting 5G and Massive MIMO, as well as core, transport, digital support and security elements. The company has the most complete 5G portfolio in the industry, serving the needs of the first movers in 5G.

Fredrik Jejdling, Head of Business Area Networks at Ericsson, says: “We now expand the 5G platform that we introduced last February. The new radio will enable operators to enhance 4G capacity for their subscribers today and be ready for 5G tomorrow, using the same hardware. We also complement the products with a set of network services, simplifying the journey to 5G for our customers.”

Bridging from 4G to 5G

People are watching, sharing and streaming video and music more than ever. As such, the demands on a sufficient speed are ever increasing. Ericsson analyzed 4G network performance statistics from metropolitan areas around the world, and found that the probability of a smart device suffering from insufficient speed can be as high as 20 percent during peak hours. Massive MIMO is a key technology to bridge from 4G to 5G, adding intelligent capacity and boosting user experience.

Stefan Pongratz, Senior Director at the Dell’Oro Group, says: "Just as carrier aggregation has been key to adding needed capacity to mobile broadband networks, Massive MIMO has the potential to be the primary capacity enabler in the next upgrade phase, providing a smooth transition towards 5G. With an expected 2021 installed base of 10M LTE macro radios in high traffic and metro areas, service providers are expected to capitalize on the improved spectral efficiency made possible with Massive MIMO."

FDD Massive MIMO is part of a trial with T-Mobile US, on three sites in Baltimore, Maryland. This will be the first time that standardized Massive MIMO will be used to carry commercial LTE traffic using mid-band FDD spectrum.

Massive MIMO on FDD can increase network capacity up to three times and bring up to five times better user throughput, boosting performance for the end users. Today’s global base is primarily on FDD technology and devices, which separates uplink and downlink streams on different radio frequencies.

Commercially available in the second quarter 2018, AIR 3246 will be part of Ericsson Radio System.