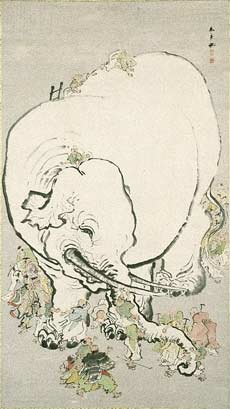 AT&T is so big people in different parts of the company often have different opinions. An insider told me T was going to use millimeter wave widely, believing it would attract enough customers to pay off. He saw it as a land grab situation against Verizon, who is firmly committed to tens of millions of homes passed. "Whoever is first with 5G millimeter wave will win 10% to 20% of customers away from cable. We will be in a race to be first in many parts of the country." Their technical people have been preparing a large build. At least one thought the company strategy would be like Verizon, deploying quickly to get that first mover advantage.

The man with the money is dubious. He's more inclined to grow fiber home where they already have fiber nearby. It's "Very inexpensive." He wants to focus on building fiber to the 30M homes passed by U-Verse in district. They've already fibered 10M of them and are doing 3M/year. Broadband in district has been flat to down. They are getting clobbered where they haven't upgraded. So protecting a "fortress AT&T" is a sensible strategy.

The parable of the blind men and an elephant originated in the ancient Indian subcontinent. A group of blind men, who have never come across an elephant before conceptualize what the elephant is like by touching it. Each blind man feels a different part of the elephant body, but only one part, such as the side or the tusk. They then describe the elephant based on their partial experience and their descriptions are in complete disagreement on what an elephant is. I've often had a similar experience trying to infer what giant companies are doing.

A friend at AT&T once called me, wondering if I knew more than he did about another part of his company.

The tone of this suggests they are still debating.

Quickly our network guys can do it, it works. If you think about fixed wireless using millimeter wave and urban settings, we have tested, we tested millimeter wave in Austin back in 2016 [indiscernible]. We've had one gig speed on these point-to-point connections, it has worked really well.

Challenges for us is that the network and the team can build it or they have the knowledge they can, it's the cost efficiency. Once you get that, if you will as I describe it the fixed wireless connection from the alley to your house, that's great you can do that, but you have to get it from the alley into the core network. And so you have to five on that alley or you have a collection of small cells to hand it off and in doing so building all that out can be very expensive when you're likely doing it in a urban market in a residential area that already has a lot of fiber or already has a lot of competition for the incumbent Telco or the incumbent cable company.

So, our challenge with regard to fixed wireless from that perspective from the urban setting is really about the business case and what you're marking get and how much it would cost to be them so to speak back all if that make sense.

So, not a technology interview, it’s economics.

Yes, the guys, the network guys are proven well, we're going to get speeds in Austin in 2016 on some point-to-point from business and you will see fixed wireless be used in that sense in manufacturing operations with robotic equipment and machines where business operates want to connect those machines back to a central point to manage and have information.

So, foresight I would expect we will see a lot of those application by the general residential broadband solution on the economics for Austin. Can you remember we have 30 million of our customer base mainly consumers that we build out for U-verse, so that means there is 30 million of our base that has fiber near the home, and so taking the last mile and adding it into fiber or using the network that is already there can give great speeds and great results without shifting to that other technology.

So, if you will take your last 500 feet with fiber and having that dedicated capability to the home, may be very inexpensive for us compared to the alternative ends and give the customer a tremendous level of service. So, our history, our collection of local exchange assets, our collection of U-verse investments are extensive fiber footprint across the country because of our legacy AT&T as well as local exchange companies, gives us an advantage in having a choice in how to deliver. We can do this a number of ways, we are not tied to just one technology.