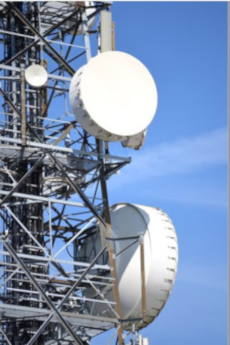 Sutton notes that E-band radios today can deliver 6 gigabits with 99.99% reliability. Recent regulatory changes will increase the spectrum available and data rates. That should be sufficient for most European 5G sites, which are primarily mid-band or low-band.

Verizon's Glenn Wellbrock, Director of Optical Transport Network Architecture, Design, and Planning, also sees an increasing role for wireless backhaul and fronthaul. Fiber is now 90% of Verizon's 5G backhaul, but he sees that microwave may double and backhaul 20% of sites.

Governments are being pressured to provide rule changes and cash for more fiber, because "fiber connectivity is essential." 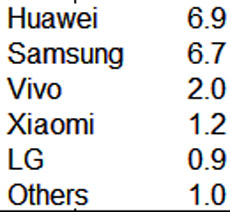 In August 2019, I wrote Almost all 5G estimates for 2019-2020 need to be doubled. Figures for Korea and China were becoming available and were higher than expected. All the pundits were predicting fewer than 10 million phones in 2019. The numbers are now in.

The 19 million figure is actually a little lower than I expected in October after the Chinese press reported 10 million reservations in October. It may be that people delayed actually buying phones until less expensive models, like the $285 Xiaomi, shipped in January. Alternately, some of the early announcements could have been inflated.

Korea was the first to deploy, pulling up Samsung's sales. As China started buying, Huawei pulled ahead. China is so large Huawei will soon be far ahead. Apple will come in in the fall, probably strong.

2020 estimates over 200 million were well supported but Corona could change that.

Only one worker died falling from a wireless tower in 2012. That figure was up to eight in 2019. Many more were injured. Tower climbers are among the workers at the highest risk for fatal falls in the workplace. Workplace fatalities in the U.S are three times higher in the U.K.

The danger makes it hard to recruit new workers. DC believes the U.S. needs more trained workers for 5G success. The easiest way to make that happen is to enforce existing OSHA safety standards. Some simple steps: FCC Commissioner Brendan Carr, active in this topic, should meet with an OSHA counterpart and find ways for the FCC to help. I'd suggest

All of the requirements they have today can be fully satisfied with 4.9G capabilities that we have in our network. This means that all the LTE-M and all the IoT requirements we currently have can be delivered using 4.9G. That's in terms of our customers' needs today. But, if you analyze what is going to happen over the next two or three years, in terms of delivering Industry 4.0 initiatives, those needs are going to evolve. We need to be ready.

Blanco is among the half dozen most respected engineers in world telecom. He's been responsible for hundreds of millions of lines for Telefonica in Spain, England, Germany, and Brazil. He's been working on Edge networks and IoT for several years. He's right some new industrial uses will develop, but I expect limited impact. It's very expensive to retrofit a factory and relatively few new factories are being built. Even if the systems prove out, few factories are likely to be upgraded soon. Enrique is more optimistic and could be right.

I've been horrified by the false claims about 5G from politicians, pundits, and especially the equipment vendors. At least for years, all large medical, public safety, IoT, and entertainment apps will run fine on any decent 5G LTE network. 5G is good stuff that adds important capacity. Consumers want it, especially as decent phones have fallen in price to $285-450. None of the "brave new world" uses will have much impact for years.

All the "studies" of economic returns from 5G are based on applications said to require 5G. Since most can be performed with 4G, these "studies," especially from Qualcomm, are not worth the electrons they come to us on.

In both November and December, ~5M 5G phones shipped in China. The monthly total is likely to go up quickly, as supplies of lower-priced phones are becoming widespread. In particular, the US$285 Xiaomi phone is now shipping. The December total phone sales were down 14% compared to Dec 2018, which may suggest people were waiting on the availability of less expensive 5G phones.

This is the official figure from the China Academy of Information and Communications Technology, CAICT. It is part of the Ministry of Industry and Information Technology (MIIT.) There have recently been inconsistencies in reports from China. Ten million "reserved" 5G in the first two weeks of October; a senior technical company expert expected they would get phones within a month.

That schedule hasn't been met. The Chinese press reported some supply shortages. Some people may have delayed purchasing phones as announcements were made of lower prices soon to come. I may have misunderstood press reports, which I read in Google translation. Some numbers could have been exaggerated.

China Mobile expects to sell ~100M 5G phones in 2020. China Telecom plans 60M. That's more than the official Chinese projection of a total of 150M in 2020, although China Unicom has not yet estimated publicly. I'll be watching closely to get accurate figures. 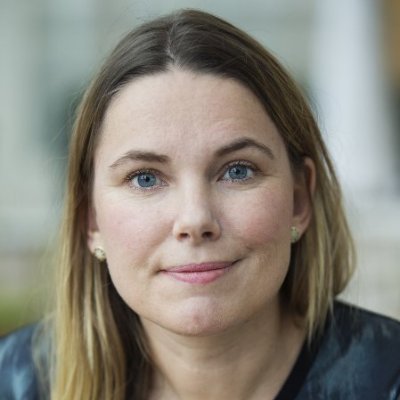 "Don't underestimate wireless backhaul. We use that on about 10% of our sites and will increase it, possibly to as much as 20%".

Microwave latency is lower than fiber. Daisy Dunkley Clark of Ericsson wrote to me,  "It is always the shortest path between point A and point B, and air is a faster medium than glass. A latency of much below 100 microseconds is fully feasible."

5 gigabit and 10-gigabit microwave are now standard products at a reasonable price. 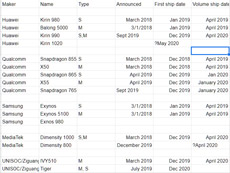 5 companies are making 5G chips: Huawei, MediaTek, Qualcomm, Samsung, and UNISOC/Ziguang Zhanrui. Apple intends to join them one day. Almost all are made at the 7 nm foundries of TSMC and Samsung. (Large chart below)

Huawei/HiSilicon only produces for their own phones, about 1/3 of the 5G market in 2020.

MediaTek has been #2 to Qualcomm in 4G, mostly with lower-priced chips. It is sampling an advanced 5G chip in January 2020.

Qualcomm has added the mid-range 765 to the premium 800 line and is pricing aggressively.

Samsung makes 5G chips for its own phones as well as Oppo. It's investing over $10 billion to increase capacity.

UNISOC/Ziguang Zhanrui, once known as Spreadtrum, has chip samples in testing. Backed by the very well-funded Tsinghua Holdings, it has the resources to win market share.