Only Massive MIMO in TDD spectrum has gone beyond testing but China Telecom, Sprint, Huawei, and ZTE are confident commercial FDD products are close.  Their press releases about FDD tests are enthusiastic. However, systems based on TDD (Time-division duplexing,) are deploying by the hundreds and soon by the thousands, but FDD (Frequency-Division duplexing) systems are just in early testing. The choice between FDD and TDD is driven by spectrum availability. The majority of spectrum in use is FDD.

Massive MIMO requires constantly updated Customer State Information (CSI.) The cell needs constantly updated receiver location and capability to steer the many antennas. The overhead is considerable, possibly too high to use FDD in many places. FDD systems appear to have lower capacity but there is almost no data from the field.

Looking back four years later, most of what Ted, Samini and team wrote in 2013 is confirmed. This article was triggered when I noticed then NYU grad student Mathew Samini was an author on 15 major papers in three years (below.)  These included the propagation test data and a more accurate Statistical Channel Model, an essential for designing networks. (Abstract below.)

Verizon will soon turn on millimeter wave to (a very few) homes in 11 cities; the Koreans have major plans for the next 15 months. It does work. The NYU team performed tens of thousands of tests in Manhattan as well as in Brooklyn. Their data was convincing. Four years later, $billions are being spent to solve the remaining problems and start to connect hundreds of millions.

4x4 MIMO is sweeping the world and 64 antennas Massive MIMO is starting to deploy by the thousand. Huawei also offers a middle ground: Eight antennas.  They work with ordinary phones that only have two antennas. That's a big advantage since phones with four antennas are just hitting the market and won't be common for several years.

Important caveat: MIMO results are drastically different depending on the terrain.

Massive MIMO is the next great step in mobile networks. Huang Yuhong of China Mobile and Hidebumi Kitahara of SoftBank are deploying hundreds of nodes and reporting performance improvements of 2X to 10X. Sprint in the U.S. and 3 in Austria are firmly committed. Gig LTE - 4x4 MIMO, 3/4 band aggregation, and 256 QAM is spreading rapidly in 2017; the next step will be the 64+ antennas and beamforming of Massive MIMO, some at millimeter wave. I had a chance to ask some experts a few questions so put together these. Others welcome.

in 2018-2019, what's a smart Massive MIMO deployment strategy for a network with growing traffic? 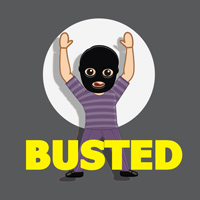 Samsung, TSMC not getting yields on 10 nm process. Pioneers get arrows in their backs and Qualcomm's 835 LTE chip remains in very short supply. At MWC, The biggest noshow was the Samsung Galaxy S8; Samsung couldn't even manufacture enough chips for their own phones, much less Qualcomm's other customers.

3,000,000,000 transistors on one chip are a heck of a lot. There's no shame in being late, just disappointment. Most GigLTE cell sites won't be ready this year anyway; with massive overcapacity most places, few are needed.

#2 Mediatek is a victim of similar yield problems at TSMC. Nikkei confirms previous reports that few want to buy Mediatek 10 core flagship chip. Samsung and Apple design their own, now joined by Huawei and Xiaomi.

John Pitzer suggests that if the Nokia 3310 is the most exciting phone at MWC, there wasn't much at the show.

CEO of world #3 Bharti, says, "You build one massive network from which everyone is served." Billionaire Sunil Bharti Mittal has 340M million customers across Asia and Africa. "The current system of building networks for each operator needs to be completely dismantled," he tells Economic Times. "Far too much wastage is happening. Netcos and mobile companies should separate themselves. Spectrum should be pooled in a netco. Your spectrum efficiency rises significantly. The need for base stations is halved immediately. The time for a license and 500,000 base stations creating a value is over."

With wireless no longer growing explosively, most countries can't afford to build so many networks. “The density of expenses in terms of capex, spectrum is going up, whereas revenue is tapering off." Vodafone's Vittorio Colao and Stéphane Richard of France Telecom/Orange both are demanding the EU get rid of some competitors - preferably all of them. Colao thinks all but one or two mobile companies can't survive. Every executive at U.S. telcos believes either Sprint or T-Mobile need to disappear. 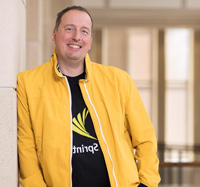 Some places will only be 2-5X. With hundreds and soon thousands of systems in Japan and China, there's no doubt the technology works. SoftBank and China Mobile were first in the world to deploy, Now, Sprint, AT&T, and Verizon are discussing when, not whether. Since Sprint is owned by SoftBank, it was easy to predict they would join in. Mike Dano at Fierce had this story a month ago; now Ottendorfer has filled in the details.

"Massive MIMO – massive volumes of input and output streams – might sound like geek talk – it’s really just the ability with massive computing power to add massive numbers of antennas elements in the antennas on our cell sites. And 3D beamforming supported by Massive MIMO is simply more cell signals moving in both horizontal and vertical directions."

Gig LTE & Massive MIMO will raise capacity on U.S. networks at least 4X and more likely 7-15X in the next few years. 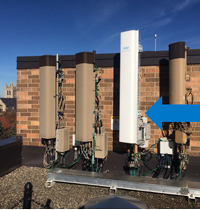 Field trials underway. mmWave is exciting, drawing headlines, and certainly will be crucial one day. Massive MIMO is here today, deploying by the thousands at China Mobile and Softbank Japan. Verizon's Shamsundar told me last year, "We must have Massive MIMO." The early generation of M-MIMO and mmWave are showing 3X to 5X performance improvements. 50X improvements will be possible, although no one believes that other than a few engineers.

Now, AT&T has confirmed they are in field trials. AT&T has invested in Blue Danube, whose 96 antenna BeamCraft 500, right, is about 5 feet tall. It produced a 2X to 5X improvement in a selected high traffic area. These results are yet more proof of the potency of Massive MIMO. ZTE and Huawei are seeing 3X to 10X improvements from full Massive MIMO systems at Softbank and China Mobile. With eight antennas, Huawei is delivering 1.5X in Kuwait.