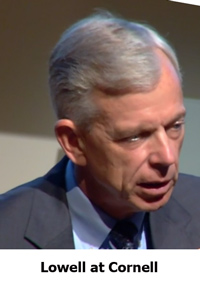 The gleam in Lowell McAdam's eye discussing his future network was a hint. Verizon's purchase of $1B of Corning fiber convinced me the decision had been made to go to a one-third to one-half the United States. I have no inside information; the CFO didn't have too many drinks one night and spill secrets. Rather, the evidence and the logic drove me to believe this will soon be the largest network build in the Western world. It really doesn't look like Verizon will buy Charter (or whomever.) Making looks much cheaper than buying. It's also possible the 2017-2018 testing will be severely disappointing. They can change their decision until 2019-2020, when the spending gets heavy.

The evidence below needs to be considered alongside this separate article about what's inspiring Verizon to go ahead. The technology is (almost) ready.  5-20 gigabits is working in the labs and 10,000 engineers around the world are pushing forward. VZ is being killed by cable across the unfibered half of their territory. AT&T is making noise about going out of territory with wireless to the rooftops & gigabit to the apartments. The business logic is strong.

$B in Corning fiber optic cable implies $4-7B in total cost. Verizon April 21 commitment to the huge fiber buy implies a much larger network build.  The actual fiber is almost always less than 30% of the total cost and sometimes < 10%. This should cover more than 100,000 miles of network.

Verizon just spent $1.8B to purchase XO and 20,000 miles of fiber around the country (map on left and larger below.) They have massive amounts of fiber in place in their territory, ~25% of the U.S. They also have extensive fiber to support their nationwide and international long distance network. 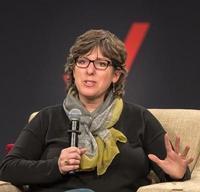 "We have sufficient spectrum holdings below 1 GHz," says Chief Network Officer Nicola Palmer. "We have strong spectrum holdings in the 700, 850, 1900 megahertz (MHz)/PCS, AWS 1 and 3 spectrum bands. So why didn’t we bid on the 600 MHz spectrum? We simply don’t need it."

Craig Moffett shoots down deal rumors. There's lots of speculation about Verizon buying Charter or Comcast, giving them a local network to support their 5G build. Buying Comcast would cost $240B+, including $58B in debt. Charter would go for a modest $164B+, including $59B debt. They can build their own fiber networks for $5-10B, which looks smarter.

Moffett adds to the doubts by pointing out any deal would hurt Verzon's leverage ratio or dividend coverage. Both are already challenging. They could probably find the money somehow, I believe, but their balance sheet would wind up very ugly.

That would be all but impossible with a large acquisition. 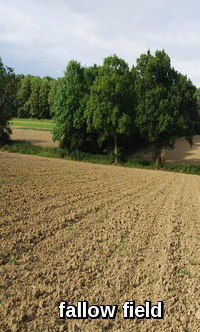 "Our goal is to put 1 gig speeds in our customers' hands no matter where they are on our network." CEO Randall Stephenson will begin quadrupling network capacity as soon as this year. John Donovan committed AT&T to deploy Gig LTE this year, 3x to 4x what they are running now. Most of AT&T's 4G network is running 2 bands and 2 antennas. Gig LTE is three or four bands, four antennas, and 256 QAM. 60 MHz allows adding 3 bands for a total of five. SKT, Korea's largest mobile carrier, is already testing five bands with Samsung. (pr below.) Verizon also has > 40 MHz of unused spectrum, enough to double their capacity.

"So you add it all up. We now have more than 60 megahertz of fallow spectrum that we're ready to light up 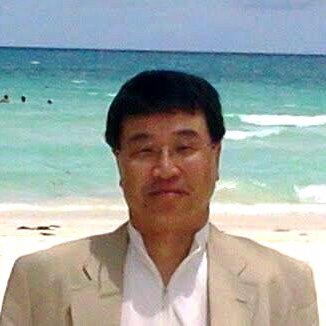 Most previously expected deployments before 2022 to be extremely modest. The highly respected NTT DOCOMO CTO in 2015 predicted little mmWave mobile before 2022-2023. That became the common wisdom among leading engineers despite the massive pr it would be sooner. At the Brooklyn 5G, he acknowledged advances have been made and he now expects sooner. Ted Rappaport is no longer the outlier on projected volume deployment. Nothing is certain yet, but many think Onoe is on target. 3GPP, under pressure from telcos, is cooperating.

3GPP, under pressure from telcos, is cooperating. They are expediting the ridiculously named "5G New Radio Non-standalone." That's mostly a 4G LTE system with some software tweaks and the ability to use mmWave as well as Wi-Fi spectrum. The existing LTE network will handle the hard stuff, 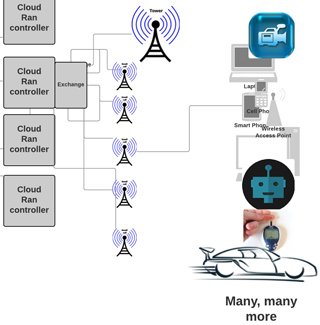 Small cells: fiber: Exchange: Cloud RAN: Core: Internet or PSTN. I believe Verizon has made the decision to spend ~$20B and add enough small cells to cover 1/3rd to 1/2 of the U.S. The major construction will be from 2019 to 2022.

"Worst quarter in 20 years!?" Each company made $3.5B in three months, still a heckuva lot of money. Don't feel sorry for them; they remain among the most profitable companies in the world. They just aren't quite as strong as when they led an effective cartel. The cartel busted in wireless because of excessive greed. They left T-Mobile and Sprint no choice but to cut prices to win some market share. Both stocks are down, but still doing well for companies without growth. Verizon's market cap is $190B, AT&T $242B.

On wired, Verizon has been disinvesting since virtually stopping upgrades back in 2009. They are getting clobbered where they still have 15-year-old DSL technology, as cable goes to 50-70 megabits standard.