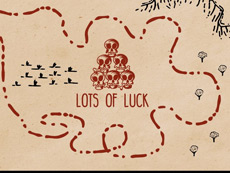 Neville Ray, T-Mobile CTO, thinks Verizon 5G is heading for disaster if they build mmWave to the planned 30 million homes. He wishes them "Lots of Luck" in the illustrations at left and below, illustrated with skulls. Top Wall Street analyst Craig Moffett has looked in detail at Verizon's mmWave and infers it is currently limited to under 200 metres.

Ray's blog (excerpt below) begins "5G is at the height of the hype curve right now and there’s also a lot of misinformation." On the blog, Neville has a striking very short video of how mmWave performance can be destroyed simply by closing a door.

On the other hand, Swisscom/Fastweb on May 2 committed three billion euro to bring 26 GHz mmWave to 8 million Italian homes. They are sure they will deliver a gigabit 500 metres. Ted Rappaport of NYU, the leading researcher, emails me, "5G small cell operating on mmWave spectrum should reach 100 to 200 metres in a dense urban environment, up to 900 metres in suburban areas."

Whether mmWave reaches 200 metres or 800 metres is the biggest unknown in planning for 5G.

If the reach improves to 600-800 metres, most telcos should do more mmWave. Verizon CEO Hans Vestberg is pressing forward. "We’re highly confident. It meets our expectations. ... Millimetre wave has lived up to our expectations." Hans is forgetting that last year Verizon CEO McAdam was confident of a gig for everyone. Verizon is now only promising 300 megabits, although some customers are getting close to the gig.

Hans added, "We're very early on. I'm really excited on what I've seen so far." For now, Verizon is only using half of the spectrum. Some expect Massive MIMO and beamforming to drive major performance improvements. Adam Koeppe, Verizon SVP of Network Strategy, reported one connection reached 1400 metres. The 5G mmwave network is Verizon's most important initiative going forward. The results are material.

It's time for Verizon to release data in depth.

5G is at the height of the hype curve right now. There’s a lot of buzz and froth about this vital, important technology… and there’s also a lot of misinformation. I’m not going to add to either. Instead, T-Mobile is going to continue to be the adult in the room on 5G. I know, it’s uncomfortable for us too. Our 5G goal is not headlines or buzz or bragging rights. No, we’re going to do this right … and when it’s ready for our customers. 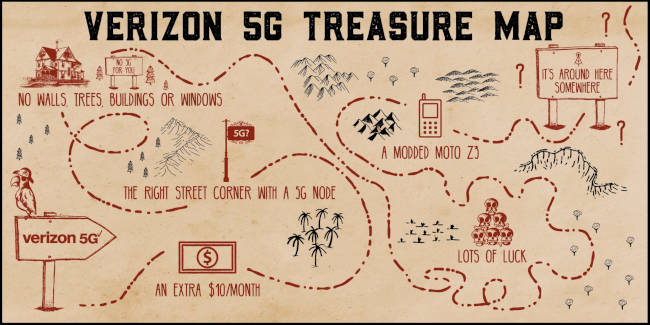 Case in point, Verizon’s recent 5G launches in Minneapolis and Chicago a little over two weeks ago. They claimed their second 5G “first,” essentially acknowledging that their first 5G “first” with made-up 5G (W)TF technology last year was not, in fact, a 5G first of any kind. Not to be left out of the empty-first-claim party, AT&T quickly reacted to Verizon’s news by trotting out more cities where they have “launched” 5G … but nobody can use it and they’re not selling any 5G devices. They want us to just trust them that 5G is launched.

They’re both obsessed with claiming first, but at the end of the day, it’s meaningless for consumers. In both cases, claiming first was more important to them than providing a good experience. Why? Because both of their long-term spectrum strategies have severe limitations, so they’re focused on bragging rights instead.

Verizon’s mmWave-only 5G plan is only for the few. And it will never reach rural America. Verizon’s launch gave everyone a look at the 5G experience they’ll be charging an extra $10 a month for – and, no surprise – coverage is very spotty and unreliable. Verizon won’t publish a coverage map or acknowledge how limited their strategy really is, but people quickly found that Verizon’s 5G was awfully hard to find, barely available at the places it was promised to be available, dropping repeatedly to 4G and disappeared if they stepped into a building. Their rollout was called a “rush job” and “…confusing. Frustrating. Absolutely insane.”