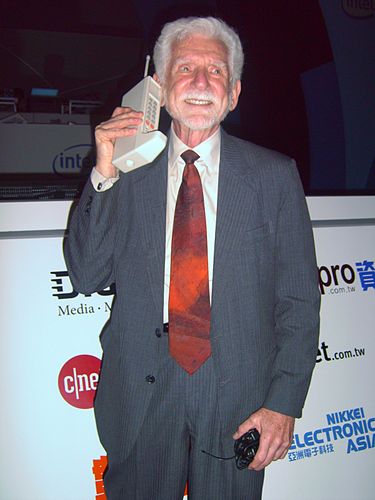 400-600 million more Indians will connect to the broadband Internet in the next few years, almost all wirelessly. Currently, most Indians have terribly slow net connections. Ambani's new $25B LTE network is coming on stream and will improve things.  The 2300 MHz of spectrum on offer is enough to change that. It's four or five times as much as used by all the U.S. carriers. With robust networks, most users soon will be able to watch 4 hours of HD video daily (or other things that need bandwidth.) Without improvements, many are cautious about the cost of a single YouTube video.

The Indian press and analysts are predicting only $12-20B will be raised at the auction. The telcos don't have the cash or borrowing power to bid anything like $80B, more than the total market cap of the companies. The Indians set a reserve price for the different frequencies. If no one one bids that price, the spectrum is held over for another auction in a few years. Not selling all the spectrum this time probably won't have much effect in the long run. They couldn't build out that fast.

The new Indian broadband users may be more than the U.S. and Western Europe combined. Currently, Indian telcos have one of the world's worst ratios of spectrum to users, drastically limiting what users can do.

If most of the spectrum is put to use, India will come closer to world speeds, Speeds in India today are dismal. The majority connect at 2G and low 3G speeds, sometimes little faster than dial-up. Most of us today would not consider that a true Internet connection. They can check their Facebook for news from friends and the outside world, send email, and slowly load web pages. Fewer than 5% of the population has broadband. Broadband speeds are often below three megabits and caps are often low. The Internet thrived

The available spectrum was split among ~12 telcos in wildly uneconomic allocations. AT&T's John Stanky points out anything less than 10 x 10 is impractical. LTE-A was designed around 100 MHz per company. Release 13 will raise that. In India, some telcos have 2 MHz bands and even less. That's starting to change as the companies die, merge or share deployments. Three of those companies are gone and Sunil Bharti Mittal expects four or five more to go in the next two years. That could be a self-fulfilling prophecy if investors believe Bharti will do what is necessary to make it so. Mittal has the liquidity to outbid any of the smaller carriers and block their entry into 4G. Verizon and AT&T have done that for a decade, driving out Alltel and other. The money might run away from the smaller carriers out of fear and sink them.

Except in the short term, spectrum is not the major limiting factor for wireless networks. A carrier can add antennas, cell sites, and better technology to upgrade. Verizon CFO Fran Shammo told Wall Street they could have delivered the same capacity for a third the cost by upgrading rather than by spending $10B in the last spectrum auction to keep competitors out.

India today is the important exception. India has 1.25B people. The U.S. has 315M in three times the area. India has only 36M landlines so Wi-Fi offload is limited. They haven't done a good job clearing spectrum. Telcos in India have 70-90% less spectrum per user than American ISPs.

"There is no spectrum shortage and there never will be, " Marty Cooper told a startled D.C. audience. Marty hasn't seen a major shortage since he built the world's first cell phone in 1973. In the eight years I've been covering wireless, technology has been improving faster than demand has been growing. The improvement going from 3G to LTE Advanced is at least 10x and probably more. There's another 4-5x improvement coming in the next few years even without more spectrum or "5G." At Deutsche Telekom, BT, & Verizon, capital spending has been flat to down. It's easy for any of us to confirm that; have your mobile speeds gone up or down each of the last ten years?

That's always the choice. More spectrum brings down the cost of delivering the bits, a good thing. That's always the choice. You can get the same result by adding more towers and antennas, using more Wi-Fi, or improving the technology. TDC is using advanced 256 QAM to deliver gigabit LTE tests. There are dozens of other improvements practical in the near future.

Since 2012, I've been asking people how the Internet will change when there are more Africans than Americans connected, probably in 2017. India will have more connected than the U.S. and Western Europe combined. Anyone hoping to reach that audience will need a truly multi-lingual system. 260 million Indians are native Hindi speakers, more than three times the number of native German speakers. More than 50 million speak each of Urdu, Telugu, Tamil, Marathi, Kannada, Gujarati, or Bengali. Most do not speak English. The total population of Norway. Sweden, Finland, and Denmark is 25 million.

The U.S. and Europe will also have to adapt as their combined share of the Internet plummets below 25%.

An interesting chart from Quora based on Wikipedia data. India is about a third the size of the U.S. with more than three times the population. In the U.S., serious spectrum issues are rare and mostly from poor company planning. India has a real shortage.
Relative to China's area: