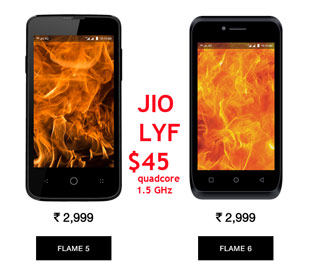 Mukesh Ambani brings down the price to fill Reliance JIO's $25B network. The time has come for all but the very poor to have LTE phones with speeds in the megabits and higher. LTE is 2x-5x more efficient and costs much less per bit than 3G. The parts cost is only $5-15 more than 3G; the operator more than makes up for that with OPEX and spectrum savings. Ambani's $45 LTE phone has a quad-core processor, 4" screen, and performance that matches the iPhones that made people happy a few years ago, For $20 more, the screen is 4.5". 5" inch models are about $100. The $45 model - pictured above - has cameras with only 2 megapixels and other limits For not that much more you can get better specs. JIO is probably subsidizing a bit but other brands are not that much more expensive.

Carlos Slim told me three years ago that $50 smartphones will bring billions to the net. He was right. There are now about 3.5B smartphones, more than half belonging to people who weren't connected a few years ago. GSMA, usually accurate, projects 5.8B smartphones by 2020. India alone will have 400M-600M new netizens, more than the U.S. plus much of Europe.

I predict a very high percentage will be LTE.

China Mobile and Verizon are rapidly pushing all customers to 4G. Operating costs go down, with some estimates that Verizon is saving 70%, China Mobile is projecting 500M subs by the end of the year.

Ambani is the first major operator in a developing country to commit totally to LTE. Others will follow because the economics are compelling. The parts cost of an LTE phone is only $5-15 more than a 3G phone. The operator more than recovers the difference in lower network expenses.

Ambani has no more than a modest subsidy in the price. Some unsubsidized other brands are not much more expensive. Phone manufacturers will have no choice but to bring down what they charge. iPhone sales are down and most estimates show the overall market also flat to down. Fortunately, chip and camera costs are also plummeting. Mediatek now faces challenges at the low end from companies including Spreadtrum. Qualcomm is responding by offering exceptional chips at modest prices. LYF is using all three vendors.

The interesting question is what will the world be like when Africa has more net users than America, India far more than Europe, and China more than a billion? The U.S., Europe, and allies will be less than 25% of the Internet. I'm on an Internet Society Chapters Committee that is more than 3/4ths from the global South. One change will be all companies will have to become multilingual. With luck, machine translation will keep getting better. I only read English, but Google Translate lets me read Le Monde, Handelsblatt, and other European papers daily. The Chinese to English translations are good enough that I can get the sense of technical articles. 260 million Indians are native Hindi speakers, more than three times the number of native German speakers. More than 50 million speak each of Urdu, Telugu, Tamil, Marathi, Kannada, Gujarati, or Bengali. Most do not speak English. 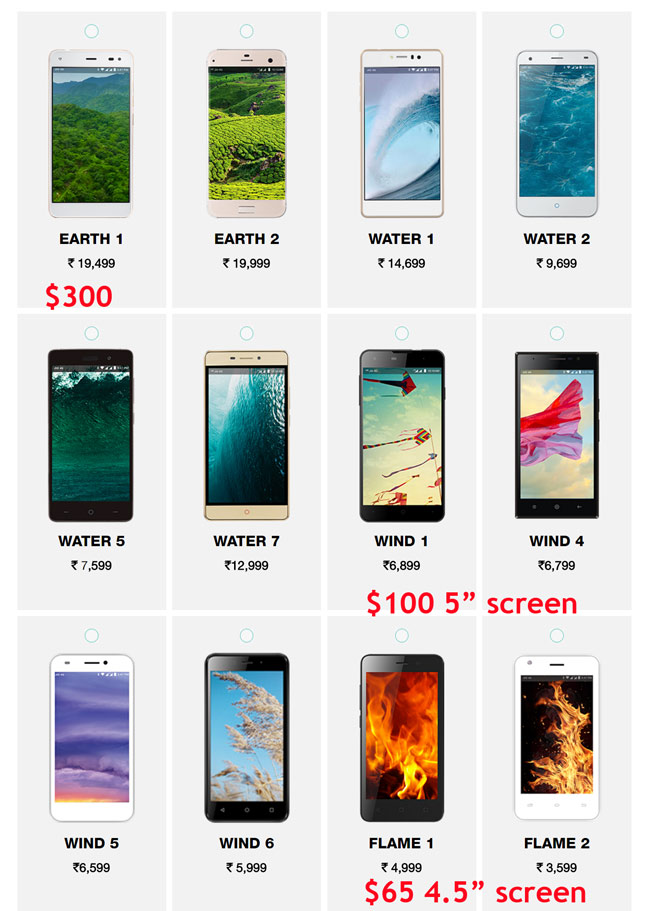