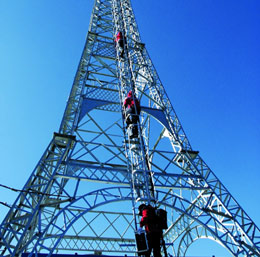 Saving money by combining all towers. Building one network is cheaper than building 2, 3, 4, or 7. Policy people around the world are re-discovering that basic fact. Competition is great where it works, but building duplicate networks is very expensive. The Chinese government has decided wireless towers and related backhaul are a natural monopoly and forced the three telcos to share.

The tower company intends to IPO next year,

but the government will still retain a majority shareholding and control. There's no way to determine the market value of Towerco by financial analysis. It will essentially be determined by the pricing among four government-controlled companies. MIIT will probably give the market confidence and make the IPO successful.

Nobel Laureate Paul Krugman believes telecom networks are a natural monopoly. So did nearly every economist for 50 years. Reality is more nuanced. We all have seen the inefficiencies common in monopolies, typically wasteful and slow to upgrade. In the U.S., cable competition persuaded the telcos to launch DSL several years earlier than planned. Verizon's Ivan Seidenberg decided, "We have to get cable out of the house." He built FiOS, still the largest fiber network in the West. Brian Roberts of Comcast then brought forward the plans for DOCSIS 3.

Vectoring has now made DSL unbundling obsolete. There is no gear in sight that allows sharing the physical network to the home. See Unbundling obsolete in the age of vectoring: an inconvenient truth. That does not eliminate the possibility of competition. While the line to the home can't be physically unbundled, from the exchange out to the Internet can be. John Cioffi and ASSIA also have a proposal for virtual unbundling.

As always, the incumbent is trying to grab a monopoly, the regulator hoping to prevent it. In Germany with vectored VDSL (30-100 megabit,) competition will live or die depending on the price the regulator sets. Carefully determined cost-based unbundling worked well in France and somewhat in England and Germany. BNetzA planned to break from cost-based pricing, the EU wants it. The German Internet, already slower than most of Europe, will be even slower if DT is allowed to charge the huge premium they are demanding.

England's getting G.fast, 200+ megabits to most. BT proposed leaving the first 22 MHz for VDSL from others (~20-50 for many,) but that's likely to fail in a few years. With cable 400+ and BT G.fast 200+, 20-50 meg offerings will lose the market. Instead, Sharon White should allow G.fast to use all the spectrum from 2-106 MHz and bring 100 megabits more to Britain. She then has to set a system that moves the unbundling to the exchange or virtualizes it. Readers in England - please make sure OFCOM understands the real choices.

5G in high frequencies "is an incumbent's game," even more of a natural monopoly.

Hong Kong Exchanges and Clearing Limited and The Stock Exchange of Hong Kong
Limited take no responsibility for the contents of this announcement, make no
representation as to its accuracy or completeness, and expressly disclaim any liability
whatsoever for any loss howsoever arising from or in reliance upon the whole or any part
of the contents of this announcement.
CHINA UNICOM (HONG KONG) LIMITED 中國聯合網絡通信(香港)股份有限公司
(Incorporated in Hong Kong with limited liability)
(Stock Code: 0762)