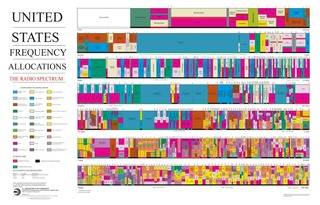 Paul Milgrom's auction design keeps everyone guessing. Anyone who tells you she is sure of the outcome doesn't know very much. I was so wrong the last time I'm not even trying this time. Wall Streeters I respect, including Craig Moffett and John Hodulik,  believe the phone companies + Comcast will find it very hard to bid more than $30B-$40B.

That will let them split about 70 MHz except in a few big cities if no one plays the spoiler. AT&T 4G customers run in 20 MHz. That would be a good outcome for the carriers. The last auction had prices about three times as high, presumably because Charlie Ergen made an attempt to corner the market.

AT&T has 40 MHz of completely empty spectrum ready to put to work, enough to create a Verizon-sized network. Verizon CFO Fran Shammo said Verizon bid so high last time they could have built the same capacity for a third of what they spent.

Knowing who the other bidders are in a particular part of a complex auction enables developing a strategy that may bring down the total proceeds. Therefore, an auction designer often tries to maintain some mystery about who's who and what's what. Several have said this two-way auction is the most complex ever designed. Some call it fiendish.

Tim Farrar, an extraordinarily perceptive observer, warns about unknowns, then goes on to say:

"Comcast may well emerge from the auction with a significant national footprint of roughly 20MHz of spectrum, potentially spending $7B-$10B. In addition, unless the forward auction drops to only 70MHz being sold, all four national bidders could largely achieve their goals, spending fairly similar amounts except in New York and Los Angeles, where one or two of these players are likely to miss out. UPDATE (8/30): Bidding levels in New York and Los Angeles dropped dramatically in Round 25 (to 10 and 8 blocks respectively), with total bidding units placed (2.096M) now below the supply of licenses (2.177M) in Stage 1. This very likely means that DISH has given up. [Convergence] probably not achieved until the $30B-$35B range … with only 70MHz being sold in the forward auction at the end of the day."

In other words, nothing much changes.