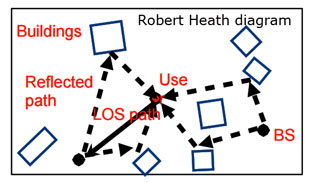 Unsolved problems with blockage, beam aggregation, and even how you hold the phone. Robert Heath is the man "who wrote the book on millimeter wave." He has a major testbed and lab at the University of Texas. He's an enthusiastic supporter, but also a realist. Millimeter waves sometimes are blocked by a window or wall. They definitely won't get to the other side of a building or bounce around most obstacles.

Most of these problems can be solved. Beamforming and beamtracking have great promise. Millimeter antennas can be very small, allowing large arrays that don't take up much space or power. Receivers will often be able to connect to multiple cells; research on how to combine them efficiently is a hot topic. When mobiles are part of the network, everything will become much harder. Take a look at the slides below.

Turn around and your body may affect the signal.

Heath calls this self body blocking. There's blockage due to people who walk between you and the cell. Change your grip, and your hand may be an issue. With LTE going to a gigabit, 5G capacity will be most in dense areas, but buildings are a killer.

Lowell McAdam of Verizon will do a demonstration deployment, probably in Boston, in 2018 or earlier. It will be fixed only. Verizon will probably be first in the world because they need to convince people they are the best by far. Their business is based on high prices for a much better service. They are no longer much better; T-Mobile and AT&T are close and by some measures ahead. This won't be a phony "fiber to the press release" plan.

Lowell makes it sound easy. "We're getting 500 meters in some tests. So we can put a cell every 1,000 meters." That will be true some places, but dense areas will be much harder. It will work, but will seriously degrade if a bus goes down the street. VZ will choose the right location, possibly a residential neighborhood with good line of sight. It will be fiber rich. Everything will be fixed; no mobile phones included. I wouldn't be surprised if they send a tech to align some antennas. For this first, small build, they will do what it takes to make it work. 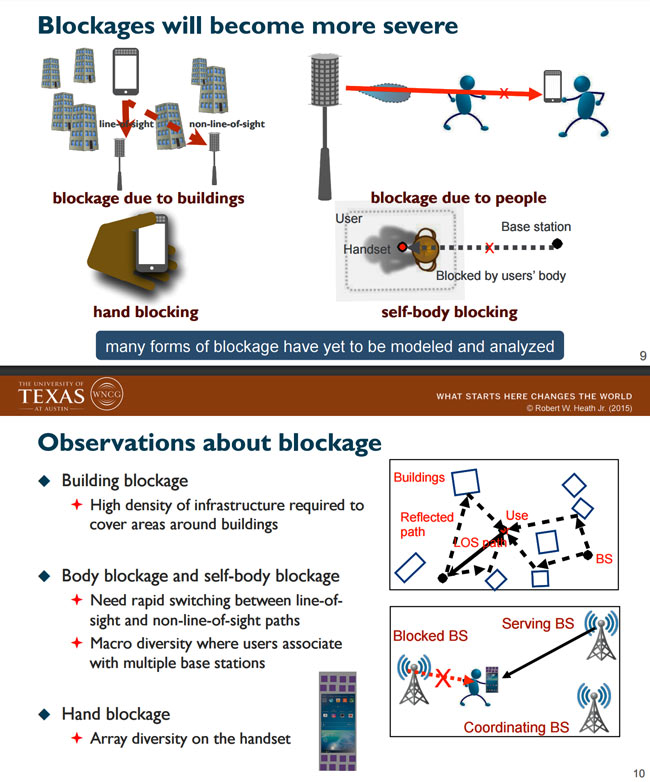