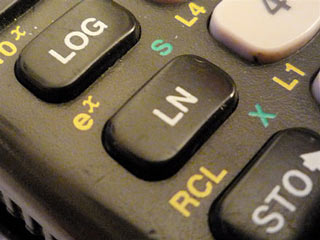 "I may piss off Qualcomm." These notes are from one of the world's top wireless researchers. I asked for help understanding the battle over telcos taking a large chunk of Wi-Fi spectrum. He's a good guy. If I pressed, he would probably go public.

Instead, I decided to write the article without his name after three other researchers also refused to go on-the-record. This is the power of companies worth $300B when they go all out. Several very good engineers have spoken out, including a Stanford prof. I could have gone to them but instead sought out experts I haven't seen publicly discussing the subject. If any reader with wireless expertise can help me out, on or off the record, I'd welcome it. In particular, if you think -72 dBm testing will eliminate most interference, please let me know.

His first comment was, "I would lean towards a -87 to -90 dBm threshold as being the appropriate level to avoid wifi interference to a significant number of wifi users."

A little later, he followed with, "I would believe linkNYC'a reports, and this is an important development for the future of NY and other cities - see today's NYT article about the poor needing access to free internet in NY."

A few hours later, he had sent a note, "You better run this by me before you print. I may piss off Qualcomm."

You don't need a degree in EE to understand what the problem is. Verizon/Qualcomm hasn't even tested whether LTE-U interferes in real world deployments like LinkNYC. Instead, they insist on tests against non-conforming Wi-Fi gear, some of which is made by Qualcomm-Atheros. Some of their engineers carefully say, "does not interfere more than current Wi-Fi," hoping no one will notice that leaves a great deal of interference. In addition, this would be a standard for the future - obsolete WI-Fi results don't matter.
Can anyone guess how many $billions Qualcomm expects for licensing?