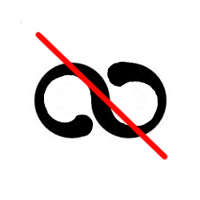 Is 10X enough or will we deploy 50X? 10X today's wireless speeds is likely within a few years; 50X is quite realistic within a decade. {jcomments on} I wrote 5G, Gigabit LTE, Millimeter Wave: What Will be Real, When for DSL Reports, the best consumer-oriented broadband site in the U.S., to clear up some confusion. Editor Karl Bode and commentators are right there's enormous hype at the moment in wireless, especially on 5G millimeter wave. However, there are remarkable improvements coming out of the labs as well, many arriving this year." I haven't been this excited since DSL and cable modems came out around 2000. It's a summary of the Wireless Age of Abundance I'm reporting after attending Huawei's remarkable Tokyo Broadband conference and listening to world-class engineers.

Everything new seems to claim a "gigabit" but the term means different things in different contexts. Some of it is pure hype.

The ITU G.fast standard was first announced as delivering a gigabit in 2014. Now in deployment, G.fast is delivering download speeds of 500-800 megabits. That's still not too shabby, especially with amendment 2-3 chips coming that might reach the gig.

Gigabit LTE is a gig (or close) to the cell site, divided by many users. The speed to an individual user with a good connection should usually be several hundred megabits. That's coming in 2017 from Sprint, T-Mobile, and AT&T, but only in some places. It will require a new, very expensive phone that uses four antennas and can bond three or four channels of LTE.

Verizon and AT&T are promising a 5G gigabit to (a very few) homes in 2017 that should truly deliver a gigabit almost all the time. (It will be 3-5 gigabits shared. Since most customers are using 10 megabits or less, the sharing should work fine.) This is the much hyped "millimeter wave" 5G, which will be great sometime in the future. At the Huawei Tokyo event, a 20 gig mmWave system worked fine for two days straight. That's still in the labs, however.

A true gigabit to your mobile phone will be possible when millimeter wave to the mobile phone rolls out. That's unlikely to be widely available until 2022-2025. Mobile phones have small antennas and may be moving in a car at 60 miles per hours. That will take them to multiple cells in minutes. Designing mmWave for mobile is a much harder problem than for fixed. In addition, mmWave usually has short reach so requires many, many cells. It could take a million to cover most of the U.S. and almost all the roads. So while there will be small deployments around 2020, it will be years after that for wide coverage.

Besides the usual political wrangling, the biggest obstacle to the capacity boom is that the telcos can't sell the service. The latest Cisco estimates see U.S. wireless traffic growth slowing to 33%/year. That's still impressive but not enough to put all this technology to work. Verizon and AT&T have both told Wall Street they have 40+ MHz or unused spectrum, enough to double capacity without putting all of this to work. (Except the 3 and 4 carrier bonding.) An implication for the industry is that they will be able to meet demand while cutting capex.