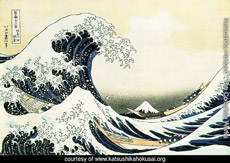 "China is the exception; political forces are driving a huge nationwide deployment at incredible speed. We ran the numbers, and they will surprise most of the industry. We had been limiting our forecast based on capacity issues in the supply chain, but with big recent investments in component capacity, we have bumped up our forecast for 2019." Joe Madden, below. Madden's sources include major suppliers in his report, Semiconductors for Remote Radio Heads. Chip and component people need to know 6-12 months before the build in order to ramp up. Usually, they know what's coming.

In March, I wrote 2M 5G Cells At 3.5 GHz for China Telecom. Chengliang Zhang in March said CT would build mostly 3.5 GHz in 2020-2025. Madden's sources say that's been pulled to early 2019. That makes sense; Ericsson and Huawei are shipping production quality gear. Qualcomm's small RF front end looks like a breakthrough. While Ted Rappaport promises phones for Xmas, there may only be a few hundred of them. Word on the street is the phone ramp is late in the year.

As far as I know, China is primarily 3.5 GHz. Six months ago, China Mobile told me mmWave would be limited until ~2022. Same for Japan. It's plausible they have changed the timeline. The gear is ready; Verizon probably has more than a thousand cells ready to turn on held up for marketing reasons.

I've seen nothing on this in the English-language press. Nor can I find anything in the Chinese, which I read in English translation

On this, I'm working from the press release. I normally wouldn't print something like this without a second source, but it feels right to me. I don't know Madden but he has a good reputation.

Anyone with data, please send over.  (The wave is Japanese artist Hokusai.)

CAMPBELL, Calif., Aug. 1, 2018 /PRNewswire/ -- Mobile Experts made waves with their unconventional 5G forecasts over the past four years, but it turns out they were on the right track; major OEMs are now preparing to ramp up Massive MIMO in an architecture we predicted. In a new report out this week, Mobile Experts dramatically increases their previous forecast to match the ramp up to 5G that is happening much more quickly than anyone anticipated--based on very strong reports coming out of China.

This report is a complete technical and market review of ASIC, FPGA, ADC, DAC, LDMOS, GaN, PLL, and RF components in remote radio heads. The RRH block diagram is shown in 12 different ways to illustrate trends in beamforming, component integration, and distinctions between various bands and applications. Several block diagrams include pricing estimates for each component, to illustrate how integration will save money overall. In the detailed forecast, pricing, shipment, revenue, and market share data are included through 2023.

"For most of the world, 5G deployment will be spread over many years and will solidify slowly over time," commented Principal Analyst Joe Madden. "China is the exception; political forces are driving a huge nationwide deployment at incredible speed. We ran the numbers, and they will surprise most of the industry. We had been limiting our forecast based on capacity issues in the supply chain, but with big recent investments in component capacity, we have bumped up our forecast for 2019."

This new report reveals how China Mobile, China Telecom, and China Unicom will together deploy huge numbers of base stations during the first months of 2019— the first year of deployment. What Mobile Experts has coined the "China Surge" will continue through 2021, when the report shows a return to sanity in step with the rest of the world's more gradual rate of deployment.

According to Mobile Experts, field trials at millimeter-wave frequencies have been extremely successful, and both Verizon and AT&T are underway in building commercial networks. The complexity of mm-wave radios has increased dramatically, so even fairly small networks can result in huge numbers of radio transceivers. Mobile Experts highlights the use of 192T192R, 256T256R, and even 1024T1024R radios breaks down the mm-wave radios separately because of the dollar value for each radio path differing significantly from the lower bands.

"The dollar content for semiconductors per transceiver will drop sharply as we move down to lower power levels in Massive MIMO, but every component on the market will ship in unprecedented numbers, and with new levels of integration. Overall, 5G will increase the dollar content per RRH devoted to power transistors, ADCs/DACs, and processors due to massive MIMO and the wide bandwidth of the 5G signal," commented Principal Analyst Joe Madden.