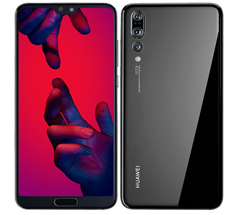 "Dave, you've got to see these pictures," Jennie insisted when a friend brought a 3-camera Huawei P-20. The Girl is a video pro and not easily impressed. Other comments were less restrained, including "The best camera of 2018." Perhaps even more remarkable were the reviews saying how little difference there was between Huawei-designed Kirin 970 and Qualcomm's 845, the best wireless chip so far developed. Anyone who thinks China needs to copy is LOL stupid.

As Apple's market value approaches a $trillion, Huawei is surpassing them in sales volume. Apple is selling more high-end, high margin phones and maintains historically unprecedented profits. Their phones are incredible - but no longer unique. Phones are largely a fashion business. If fashions change, Apple could get clobbered. (That's a possibility, not a prediction.)

Apple is vulnerable to a Chinese reaction to the U.S. attack on ZTE.

Its stock fell $10's of billions as soon as the market realized Chinese consumers' natural response would be to block Apple in turn. The fall in Apple was greater than the entire value of ZTE, while U.S. companies from Analog Devices to Qualcomm shivered. The pundits- and Senators - have it wrong. Trump had to make a ZTE deal to stanching the bleeding.

Perhaps even more impressive is the strength of the other Chinese companies: Xiaomi, Oppo, Vivo, and (yes) ZTE. They decimated Samsung in India, a market Apple suffers in. Samsung's China sales have fallen off a cliff. The weakness at Samsung being noticed around the world. Hock Tan at Broadcom this week said, "We are not seeing strength in the Korean phone maker. "

(My color theory is rusty but from what I remember, Huawei's design is brilliant.)

Here's an interesting set of figures followed by Amazon's write-up of the P-20.

DRAMeXchange, a division of TrendForce, reports that the smartphone market has remained in the low season since 4Q17. Smartphone vendors did not start to stock up on components until the end of February 2018, when the end demand began to bounce back. Together with the remarkable performance of China's top smartphone brands, Huawei, Xiaomi, OPPO and Vivo, the global production volume of smartphone reached 340 million units in 1Q18, an increase of 5.3% over one year ago.

Going forward to the second quarter, the global production volume of smartphone is expected to grow by 5% QoQ, as the top Chinese brands are expected to gain more because of distribution of flagship models and expansion in overseas market.

TrendForce notes that Samsung’s production volume of smartphone fell by nearly 9% in 1Q18 compared with one year ago. With the largest market share, Samsung faces price competition with fast-growing Chinese brands in end-markets. For 2Q18, Samsung is expected to produce 73 million smartphones, around the same as the number in 1Q18.

Apple ranks the second in terms of production market share in 1Q18. Despite the lower-than-expected sales of iPhone 8, iPhone 8 plus and iPhone X, the company still produced 56 million smartphones in the first quarter due to price promotion of older models, a YoY growth of 7.5%. Going forward to the second quarter, the consumers tend to have a conservative attitude during the transitional period of two generations of flagship models. The total production for 2Q18 is estimated at about 41 million, the same as 2Q17.

Apple will launch 3 flagships this year, increasing the memory content per box in the models and expanding the adoption of Face ID and full-screen. TrendForce believes that Apple is bound to re-think its pricing strategy this year, with possible adjustments in the prices in order to meet market expectations. TrendForce expects that the cost-effective model with LCD screen will be the best seller among the three flagships, helping the brand obtain greater market share.

LG produced 13.5 million smartphones in 1Q18, over 50% of which were shipped to North America, its largest market. Entry- and mid-level phones contributed to the majority of LG’s sales. Sony has adopted different product strategy in recent years, with a focus on mid to high-end models which have higher profit margins. However, the existing market of Sony has been shrinking due to the high performance-price ratio of Chinese brands. As the result, Sony produced only about 2.2 million smartphones in the first quarter. In the second quarter, its production volume may increase slightly driven by its new Xperia XZ2.

Nokia has constant growth of smartphone production volume over the past quarters after building partnership with FIH Mobile. Nokia not only benefited from the bargaining power of FIH Mobile, but also made use of the long-established reputation and distribution channels of its own. However, the smartphone market has seen increasing competitors and cost pressure, squeezing the room for small and medium-sized brands. Therefore, Nokia will first secure its position in the market before seeking profit, with the aim to strive for a place in the top 10 smartphone vendors across the world. For the first quarter, Nokia's total production volume is about 4.3 million, and is estimated to grow by 16% in 2Q18.

Xiaomi has a chance to surpass OPPO and ranks the fourth

Huawei still tops the Chinese brands, with the third highest production volume worldwide, following Samsung and Apple. Although Huawei’s expansion in overseas markets has met some setbacks in North America, its Glory models have successfully presented the brand in the European market. In the next, Huawei will copy the strategy to the Indian market with the cost-effective Glory series. According to TrendForce’s forecast, Huawei’s production volume increased by 10% YoY in 1Q18, and may have a chance to grow by 8% QoQ in the second quarter due to the sales of flagship models.

Xiaomi registered 27 million units in smartphone production for 1Q18. It also recorded remarkable shipments in India market, surpassing Samsung and taking the highest market share in India. For 2018, Xiaomi will maintain the strategy of low-margin. Meanwhile, the company aims to expand its customer base by promoting other smart devices, software, and AI applications in Xiaomi Ecosystem. The growth in production volume may allow Xiaomi to compete with OPPO for the fourth place in the global production market share ranking.

OPPO and Vivo, who are faced with high inventory levels due to low demand in 4Q17, had to cut down their production plans significantly to adjust the inventory levels. As the stock-up demand recovered, the total production volume of the two brands grew by 10% and 2% QoQ respectively in 1Q18. Driven by the release of flagship, the production volume of OPPO and Vivo will return to the average level of last year, reaching 33 million units and 29 million units respectively in 2Q18.

In terms of marketing strategy, OPPO and Vivo have changed previous strategy of dense and widespread channel vendors and retailers. In addition to reducing the number of retailers, the two brands also put more effort in running e-commerce platforms, with the aim to reduce the costs of distribution channel operation and management, thus boosting profits.

In addition, Vivo also turns to advertising. The company has signed an agreement with the International Football Federation (FIFA) to provide sponsorship for the World Cup for six years, including the one to commence in Russia this June, but it still needs further observation to tell whether the company’s advertising strategy will work.