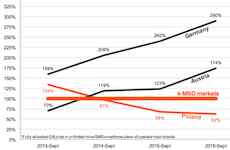 His conclusion: Gigabyte prices in 4 to 3 consolidated German and Austrian markets have fallen considerably behind the Netherlands and other 4-MNO European markets.

Wall Street analysts are exceedingly skeptical the deal will go down and be approved. Top analyst Craig Moffett estimates the chances are 40%; a team at Goldman did not offer a figure but was even more pessimistic. But Sprint's stock jumped 18% in one day when WSJ reported discussions. Masa-san and Legere are ready to risk $billions that the deal will go through.

I strongly agree that the merger would result in higher prices, My job as a reporter is to overcome my bias, so I looked at this one especially closely.  Zarandy and colleague Antonios Drossos have earned my respect for their work. They did an honest job here and their work is better than 90% of what is submitted as "proof" at the FCC, for example.

But on the difference between 3 & 4 networks, there simply isn't enough available data to "prove" anything to a statistician. If you haven't read Why Most Published Research Findings Are False by John Ioannidis of Stanford, follow the link and then come back. I always knew much of Economics was unsound, but Ioannidis in 2005 looked at the top medical journals and demonstrated that even in medicine the majority of the conclusions were not supported adequately by data. Evidence-based medicine has improved things since then; almost nobody applies the same standards in policy.

Ioannidis-quality work would eliminate confounding variables, Were the control group lower because Xavier Niel in France is so committed to lower prices? Is Netherlands low because Deutsche Telekom is #4 and they needed to be aggressive to raise market share? Xavi, because of who he is, has brought down French wireless prices remarkably. Jennie bought a 100 gigabyte SIM in Paris for twenty euros. Adjusting for that would make for a smaller but still substantial cost difference.

Two of the U.S. "studies" on Net Neutrality and regulation were worthless, unless you believe AT&T has a time machine. Before anyone in D.C. expected the NN decision, AT&T had told Wall Street they were going to cut investment because the LTE build was mostly finished. Bob Hahn used the drop in investment at AT&T as evidence NN reduced investment. That implies Randall Stephenson could go back in time and bring NN into his thinking.

Similarly, Christopher Yoo claimed that weak U.S. regulation after 2001 was why the U.S. has more higher speed availability than Europe.  The U.S. has 96% cable coverage, nearly all of which had converted to DOCSIS 3 because it was so cheap. (NY Times had a $20 cost figure but that's a little low.) Europe has something like 50% cable coverage. Most of the DSL for the other half was relatively slow.  That's a much more likely explanation. Yoo should have adjusted for cable coverage.

Regulation after 2001 wasn't the primary cause because the U.S. was already ~96% cable in 1998. Whether the regulator was weak, strong, incompetent, or non-existent, the U.S. would be far ahead because of the cable coverage from 1998 on.

To my dismay, FCC Chairman Pai cited Yoo (a good scholar even if he got this wrong)  and Hahn.

There's a lot more to say about evidenced-based policy but I don't have the time to write the book right now. 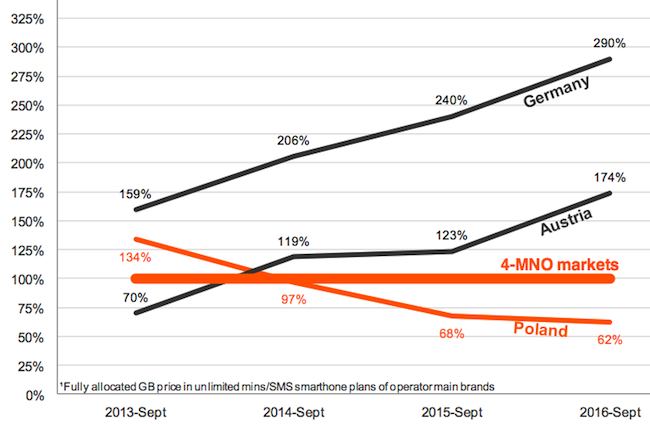